Kim Kardashian talked about her planned prenup on The Tonight Show with Jay Leno. What does fiancé Kris Humphries think about it? 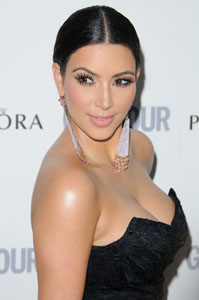 Kim Kardashian’s prenup is a hot topic of conversation — some say she’s smart to get one, others say it reduces her romance to a business deal. Now Kim is speaking out about why she and fiancé Kris Humphries will have a prenup.

The savvy businesswoman told Jay Leno on The Tonight Show that she and Humphries are on the same page, and if her father were alive she would never be allowed to marry without that legality in place.

“[Kris and I] are really open, we’re really honest, you know my father made me sign contracts for literally everything, to like get a car, not grow up too fast, like everything I had to sign a contract,” Kardashian said.

Kim says once that contract is in place it is all systems go for a summer wedding.

“We are hoping to get married by the end of the summer, we’re just going to go for it and hopefully get it all together,” she said. “I think it’s really stressful to get everything together so fast, but if my mom and Khloe and Lamar and all of them could plan [their] wedding in nine days, I can do it in 60 days.”

And as for those Kim Kardashian cheating allegations? She is adamant that they are absolutely not true.

“Some guy (Lockett) that I’ve never even heard of, met, text, spoke to, anything, has come out and said that I’m having this like five month affair with him,” she told Leno. “I don’t even know who this person is… It’s so shocking to me… These kind of people should really be ashamed of themselves for really trying to get publicity off of people they don’t know.”

Kim was flashing her $2 million engagement ring throughout her appearance.