Warner Bros is pulling out all the stops for Zack Snyder’s Superman reboot. Oscar winner Russell Crowe is currently in talks to play the Man of Steel’s biological father Jor-El. The Aussie has big shoes to fill — shoes that once belonged to Marlon Brando! 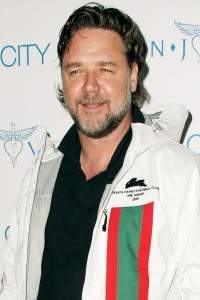 While Russell Crowe takes on the role of Superman’s (Henry Cavill) alien dad, the hero’s earth parents Jonathan and Martha Kent have already been cast with Kevin Costner and Diane Lane.

The roster for Man of Steel is becoming one to watch. Zack Snyder seems to be taking the Christopher Nolan (who’s producing the film) approach by hiring veteran actors to support his young protagonist. Amy Adams was previously cast as Lois Lane and Michael Shannon will play the villain General Zod.

Man of Steel is a reboot, which means the story will dabble into Clark’s origins including his birth and departure from his native planet Krypton. We wonder who they’ll pick to play his mother and Jor-El’s wife. Crowe is a surprising but more than welcome addition to the cast.

When Marlon Brando first appeared in Richard Donner’s 1978 Superman, he was billed as the top actor despite having a limited amount of screen time. We doubt that will happen with Crowe but he’ll probably get a little something for his special contribution.