Madonna’s manager: We’re going into the studio, producers in place. 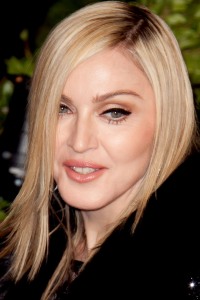 Madonna is ready to rumble.

Madge is set to go into the studio in July to record a new album, tweeted manager Guy Oseary late Tuesday.

“Lots of questions about what kind of music it will be,” Oseary said. “Stay tuned.”

Expect upbeat dance tracks and club bangers, according to Madonna.

“I need to move. I need to sweat. I need to make new music!” said Madge on Facebook six months ago. “Music I can dance to. I’m on the lookout for the maddest, sickest, most badass people to collaborate with.”

“She has a good idea on which producers she will be working with,” Oseary said.

The news comes as Lady Gaga has seemingly assumed Madonna’s art-pop throne. Madonna’s last album was 2008’s Hard Candy. Since then, Gaga has drawn attention for her outlandish costumes and provocative statements in much the way Madonna used to. Attempts to reach Madonna’s representative were unsuccessful.

Oseary also suggested that a tour was a possibility.

“There is nothing to report in regards to tour,” Oseary said. “You guys know how this works… first comes the album and next comes the…”

Er, movie? Madonna’s W.E. has been picked up for distribution by the Weinstein Company. The film, directed by Madonna and starring Abbie Cornish, is a historical romance with lots of British royals.