LeAnn Rimes is offering moral support to Joss Stone after a plot to kidnap and murder the British singer was revealed. 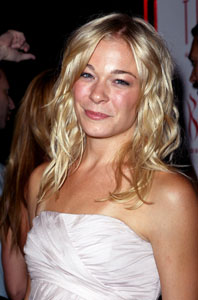 LeAnn Rimes knows a thing or two about murder plots, apparently. The country crooner is reaching out after her pal Joss Stone was the target of a murder plot.

Rimes, being a rather polarizing figure after breaking up her own marriage and that of Eddie Cibrian when the two began their affair on a movie set, says she too has been the subject of such hateful, violent plans.

The singer wrote on Twitter, “I have experienced this first hand, twice when I was younger. The ‘plotting’ issue Joss is going through. It’s scary… It’s terrifying. I’m (so) happy my sweet friend is OK.”

Then she wrote to Joss Stone, “Lot (of) love to you sweetheart. Happy you are safe.”

If anyone is busy plotting against the new Mrs. Cibrian, I think we all know who it might be: Whoever is peddling the LeAnn Rimes sex tape.