Blake Lively is no stranger to working on films, but none as big in scope as Green Lantern starring Ryan Reynolds. The Gossip Girl star has been making waves in films since she first appeared in The Sisterhood of the Traveling Pants in 2005. And who could forget her powerful turn opposite Ben Affleck in 2010’s The Town? 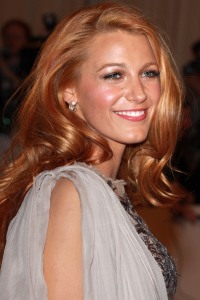 What many don’t know about Blake Lively is she is an ardent environmentalist and a bodacious baker. Ryan Reynolds even joked to us that he had to ramp up his workout regimen because of Blake’s baked treats.

Fresh from her European tour with rumored boyfriend Leonardo DiCaprio, Lively arrived at the Beverly Hills Hotel to talk Green Lantern and its filming in New Orleans under the shadow of the massive BP oil spill, as well as why her character in the film is no typical superhero movie wallflower.

SheKnows: I understand you are quite the baker. While you were filming in New Orleans, did you spoil the set with your baked delights?

Blake Lively: We were working a lot, but I still managed to bake an unbelievable amount of treats quite often and eat my way through New Orleans [laughs]. You know you could spend your life trying to uncover all the treasures in New Orleans and not even scratch the surface. It’s such an amazing, amazing place.

SheKnows: You worked with the Sexiest Man Alive, Ryan Reynolds, on Green Lantern. We asked him this question, so now it’s your turn. What makes men sexy?

SheKnows: Green Lantern focuses on fear and the power of will. Have you had a fear that you’ve recently overcome?

Blake Lively: We did reshoots of Green Lantern in South Africa — I went cage diving with these great white sharks. I was always terrified of them. I thought, “Good, get rid of sharks. They’re evil. They’re awful!” But, they’re such incredible creatures and they’re just as afraid of us as we are of them. They’re nearly extinct — there’s less than a thousand left and it’s completely messing up the whole structure of the ocean. It’s heartbreaking to see what’s happening. I love scuba diving, I’m an avid diver and to see this beautiful world that’s more incredible than any CGI film we could ever make — we’re just destroying — for what? It’s heartbreaking to me. The more I travel, the more I see these incredible animals that we’re killing off. 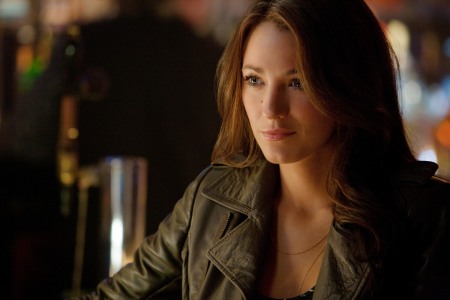 SheKnows: So, it’s safe to say that environmental issues are close to your heart?

Blake Lively: Absolutely. We were in New Orleans during the oil spill, so we got to see firsthand the effects of environmental destruction. I think it’s very easy for people to say, “I’m not going to make that big of a difference by myself, so I’m just going to live my life how I’m going to live it because that’s easier.” But, it’s amazing what people can do. It’s amazing what one person can accomplish. I wish we could all unify our wills more and make a change, because we have messed up our planet a lot. We can fix it, but we just have to do it.

SheKnows: What was the appeal of portraying a strong female character in a superhero movie like this? Your character could have been a wallflower, but she’s a fighter pilot and an executive.

Blake Lively: I think Carol is very unique in this genre. She’s an incredibly powerful woman. Like you said, she’s also a fighter pilot — along with how she runs her father’s aviation company. It’s rare to see such strong women existing as equals amongst men in film, especially in this genre. I love that if this franchise continued, she does become a villain [laughs]. That was also a very, very appealing element to this. 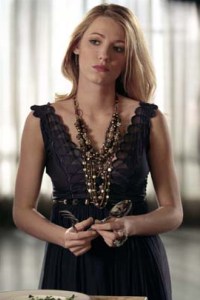 SheKnows: Well, you’re no stranger to strong female characters whether in Sisterhood of the Traveling Pants or even on Gossip Girl…

Blake Lively: I’m always attracted to strong women, and I think Carol is a character I wish was portrayed more on film. It’s so nice to see a woman fighter pilot up there, flying this plane, and I think women will appreciate that because somebody said to me, “This is a very modern film because now women are strong.” And I said, “Women have always been strong. They’ve always been standing behind the heroic man. It’s just a new idea to see it more on film.” I think women will appreciate that, but I think anybody that goes to a theater, I think you want to sit down and be transported to another world for two hours, and this movie is appealing to everybody. Also, Ryan is half-naked a good part of the film [laughs]. That can’t hurt.

SheKnows: How did the Green Lantern story differ for you in terms of the superhero genre and its appeal to women?

Blake Lively: I think in a lot of ways, this film was much more straightforward and honest. The scene where I first see Hal as the Green Lantern, like in every single superhero film — how on Earth do they not see that this is the person they’ve known their whole life? They’ve been intimate with this person! You don’t recognize him because he has a four-inch mask on his face? [Laughs] In a lot of ways, it’s a really refreshing take on such a big film full of fantasy, to have those moments where you actually acknowledge what every other comic film doesn’t. That bled through to each of our characters. The fact that Hal is a superhero, but he’s also very, very human and he’s flawed and doesn’t know if he wants to be a superhero, I think that that’s incredibly unique and that’s why I think this story’s so special. You can really connect with the people at the heart of this story. We’ve been living with this movie for a year, year and a half now, so I can’t believe that it’s actually here. I’m so excited to share it with everyone because I think it is very special.