Prince William and Kate Middleton are hitting the West Coast from July 8 to 10! Find out their California schedule to see how you can get a glimpse of this royal couple.

Prince William and Kate Middleton have a fun schedule planned for their California visit in July. They plan to mix in some Hollywood hotspots with charitable events — and even a polo match! 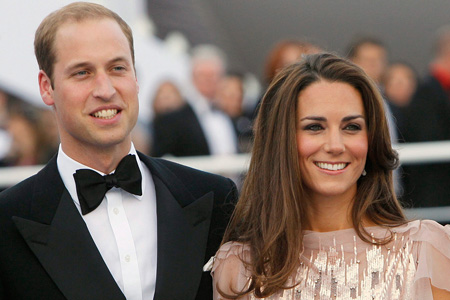 Prince William will be giving a short speech during his trip, however, press secretary Jamie Lowther-Pinkerton says no speeches are planned for Kate. “There’ll be a time and a place for that.”

Do you want to catch a glimpse of Prince William and Kate? Here is their California schedule:

July 8: The couple will arrive from Canada and go to the UKTI reception at the Beverly Hilton. They will then head over to the Consular General’s LA home for a high-profile meet-and-greet with politicians and VIPs.

July 9: They will head to Santa Barbara for a polo match benefiting American Friends of the Foundation of Prince William and Prince Harry. William will play polo and they will both be handing out prizes.

That night, they will attend the BAFTA reception at the Belasco Theatre and plan to walk the red carpet at the star-studded event. Prince William is the president of BAFTA and will make a short speech.

July 10: They will visit Inner City Arts in Los Angeles, which is a program that helps homeless and disadvantaged children. Their evening plans include attending a war veterans event at Sony Studios that helps strengthen the bond between UK and US armed forces.

We can’t wait to see the fabulous clothes Kate will be wearing. “The Duchess of Cambridge plans to bring hairdresser James Pryce with her on the North American tour,” a source reports. “The couple will also be bringing an administrative assistant.” In total, their entourage will include seven people.

Tell us: Will you try to see Prince William and Kate in California?