The Academy of Motion Picture Arts and Sciences has decided to change their nominee process, allowing anywhere from five to 10 best picture nominees. 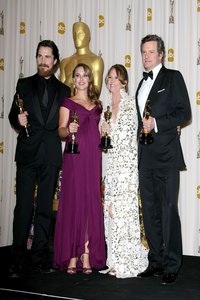 In a change approved by the Academy of Motion Picture Arts and Sciences, the Oscar nomination process will now allow anywhere from five to 10 best picture nominees.

The agreed upon number of nominees has varied over the years, with this and last year’s Oscar nominee quota including a whopping 10 nominees in the best picture category. In previous years the standard had been five nominees.

The decision sounds like it might be more about giving those deserving of it the recognition as opposed to meeting a number for numbers’ sake. They pretty much took their two best quotas and made a wide margin out of it.

The retiring Academy Executive Director Bruce Davis said of the decision: “If there are only eight pictures that truly earn that honor in a given year, we shouldn’t feel an obligation to round out the number.”

Honestly, it sounds like a fair way to decide who gets nominated. If they deserve it then they get the nomination. They’re not going to put a film in the category just because they need to meet a certain number.

What do you think of the decision to allow between five and 10 best picture nominees? Is it too many or should they cap it at a smaller number?