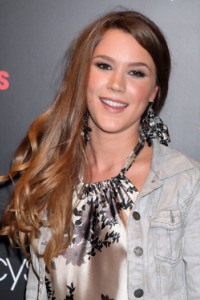 Thanks to some watchful neighbors and quick-acting police, a pair of men who hatched a Joss Stone murder and robbery plot are locked away.

At 10:00 a.m. Tuesday morning, singer Joss Stone was blissfully unaware that two men had intentions to rob and murder her. Police found swords, rope and a body bag when they swooped in on two men near the star’s isolated England home.

The Sun reports, “The alleged plot was foiled by sharp-eyed neighbors who saw two black men acting suspiciously in a red Fiat Punto. The car was being driven slowly around the isolated lanes of the Cullompton area.”

A police spokesperson confirmed the reports, adding, “The men had information and items that lead us to suspect that they may have intended to commit a criminal offense.”

The two men, aged 33 and 30, had driven over 200 miles to reach Joss Stone’s neighborhood. Among their belongings were detailed maps and aerial photos of her rural property in east Devon.

Reps for Joss Stone, who has an estimated $14 million fortune, said in a statement, “Joss is aware of the arrests and police are keeping her updated with developments.”

While fans are horrified to read of the Joss Stone murder and robbery plot, the 24-year-old singer said today she is “absolutely fine and getting on with life as normal.”