Comedy dominates this week’s DVD releases thanks to two films: Hall Pass and Big Mommas: Like Father, Like Son. But don’t worry, there’s also plenty of action and romance to keep you occupied with the debut of Battle: Los Angeles and Red Riding Hood. 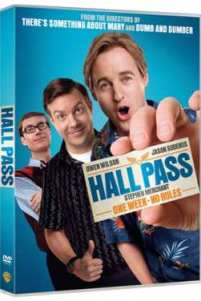 The famous Farrelly brothers returned to the big screen this year with their latest gross-out comedy Hall Pass. The movie stars Owen Wilson and Saturday Night Live alum Jason Sudeikis as two husbands who are given a week off from marriage.

Christina Applegate and The Office’s Jenna Fischer play their wives and they get into just as much trouble as their husbands, if not more! The movie is filled with plenty of gags and hijinks, which the Farrellys are known for. So if you’re sensitive to dirty jokes or extreme comedy, this isn’t for you.

Martin Lawrence is back in the third installment of the Big Momma’s House franchise, Big Mommas: Like Father, Like Son, and this time he brings along Brandon T. Jackson (Tropic Thunder) who plays his unsuspecting stepson.

Jackson’s life is turned upside down when he accidentally witnesses a crime and has to go into hiding. And the only way his stepfather can protect him is by sticking him in an all-girls school and dressing him in drag!

The film’s premise is pretty ridiculous but these movies shouldn’t be taken too seriously. It falls in line with the previous two and sticks with the same formula that made them so successful.

Battle: Los Angeles was one of the first major action films to hit theaters this year. It’s like Independence Day but less coherent. The film stars Aaron Eckhart as a military veteran leading a group of young soldiers into the battle of their lives — the battle for LA!

There’s lots of action, lots of noise and plenty of shaky cam to upset anyone’s stomach. The reviews for the movie were mixed and they included harsh criticisms about the lack of character development and purpose.

But if you don’t care about the characters and you’re just in it for the action, Battle: Los Angeles is the movie for you! 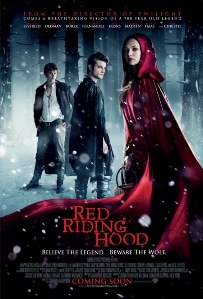 Little Red Riding Hood gets a little frisky in Catherine Hardwicke’s adaptation of the famous children’s tale. The story doesn’t center on a young girl visiting her ill-fated grandmother, instead it takes on sex, violence and gore.

Amanda Seyfried plays the title character, a young woman who’s stuck in the middle of a love triangle between a woodcutter and the son of a wealthy blacksmith. And while she’s fighting to be with the man she loves, a wolf’s on the loose!

Red Riding Hood definitely has a Twilight vibe, which could be seen as a positive or negative depending on who you ask. The film co-stars Shiloh Fernandez, Max Irons, Billy Burke and Gary Oldman.