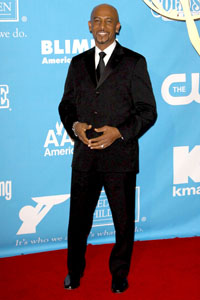 Montel Williams has suffered debilitating pain from multiple sclerosis for years and the only thing that has helped him is medical marijuana. Now the talk show host is diversifying his talents and opening his own pot dispensary in Sacramento, California.

“Prescription drugs nearly shut down my kidneys. Then a doctor suggested I try medical marijuana,” Williams said during a news conference.

“We’ve been caught up in culture surrounding medical marijuana that’s 20 years old. While adhering to every single state law, we want to provide safe access for patients and really medicalize this. Patients should be put first.”

“I want this to be someplace your mother and father could see themselves walk into,” Williams said.

Williams, who was cited after airport security found a marijuana pipe in his luggage in January, has long been a proponent of legal medical marijuana. “It’s absurd. I can go get morphine pumped into my system and nobody’s got a problem,” he said. “But all of a sudden they’re really worried if I smoked a joint.”

Medical marijuana and pot dispensaries are legal in the state of California.