Legendary singer Stevie Wonder has been inducted into the Apollo Hall of Fame at the theater where he began his career as a child. 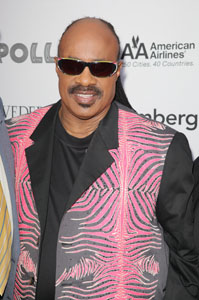 When Stevie Wonder first set foot in front of the notoriously tough and fickle crowd at the Apollo Theater, he was a 12-year-old child prodigy. Fast forward five decades and this time Stevie Wonder is being honored by being inducted into the Apollo Hall of Fame.

“It’s a moment to cherish and remember, relishing in the memories of the times that I’ve been at the Apollo, as well as this night, the great people that came out to support me being here,” Wonder said. “It’s a great thing to be one of those people in the Hall of Fame for the Apollo.”

Check out SheKnows Goes to the Shows for more celeb awards!

The singer was presented with the award by one of his personal favorite fellow musicians, Tony Bennett.

Bennett joined Wonder for a performance of For Once in My Life. Other performances featured Raphael Saadiq, Melanie Fiona, Beatboxer Fresh, Corea, ?uestlove and gospel stars Yolanda Adams and Kim Burrell.

Don’t think this was just a big vanity party, either. The gala honoring Stevie Wonder raised $1.2 million for the Apollo Theater’s educational programs and preservation project.