Jessica Simpson has signed on to be a fashion mentor in a new NBC reality show called Fashion Star, along with supermodel and host Elle Macpherson. 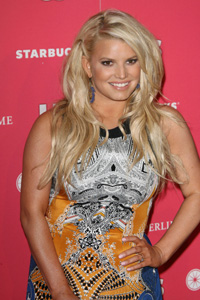 Jessica Simpson is using her fashion and business smarts to act as a guide on a new NBC reality show called Fashion Star.

Simpson, whose own fashion empire is worth a billion dollars, will be a fashion mentor to 14 contestants as they compete to win a multi-million dollar contract with one of America’s largest retailers.

Simpson has been a guest judge on Project Runway, but supermodel/lingerie designer and host of the show Elle Macpherson says the two shows are different.

“We’re not looking for someone to create a couture dress for the Oscars. We want someone who can design lingerie, swimwear, denim — accessible things that regular people wear,” Macpherson says.

Fashion Star will be taped in front of a studio audience and will include a fashion show every week. Viewers at home will even be able to buy the winning designs!

Tell us: Will you watch Fashion Star?