Game of Thrones star Sean Bean got into a real-life jousting match outside of a London club. The actor was stabbed. But will he recover? 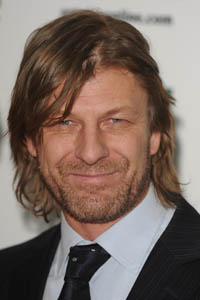 Actor Sean Bean was stabbed in a London bar fight. It seems the Game of Thrones star takes his on-screen role seriously because he found himself in a real-world brawl. Unlike on the show, though, Bean is expected to make a full recovery.

On Sunday night, Bean was drinking at the Hill Bar and Brasserie in London, England. Bean, 52, was with his current girlfriend, Playboy model April Summers, 22.

“Sean is a regular here and we’ve never had any problems before,” an employee of the bar said. “He was with a very attractive woman and an incident occurred outside the bar.”

The couple was outside the bar smoking a cigarette when a man walking by made a “lewd comment” about Summers, who has posed topless in UK men’s magazines and was featured in the Italian edition of Playboy magazine.

Bean followed the man down the street, and the exchange ended. Later, Bean stepped outside to smoke again, and the man reappeared and stabbed Bean in the arm and punched him in the face.

“He came in with a cut on his arm and a bruise on his eyebrow,” the employee said of Bean’s injuries. “We saw to his injuries with the first aid kit. He seemed okay and wanted to have another drink.”

Bean has been married four times. In addition to Game of Thrones, he appeared in The Lord of the Rings. On Sunday night, Bean’s Game of Thrones character, Lord Stark, was killed.