It took a year for Kanye West’s Mama’s Boyfriend to surface — but it has. From the days of it being rapped at the Facebook headquarters, to its debut on the Internet, the song is definitely a piece of the Kanye West we all knew and loved at some point. 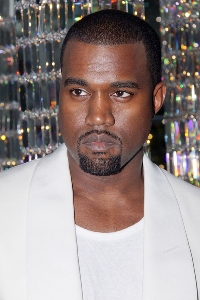 About a year ago, Kanye West invaded the Facebook offices, sampling his song Mama’s Boyfriend. The track was supposed to be added to his album My Beautiful Dark Twisted Fantasy, but to fans’ disappointment it was left off.

It’s now a year later and Mama’s Boyfriend has surfaced on the Internet in a studio version that sounds pretty damn dope — even if it is considered a leak.

Mama’s Boyfriend gets our feet tapping and head bobbing to a sound that is so pure Kanye West we remember why he became relevant in the first place — for his sick beats and crazy rhymes.

The song, of course, tells a tale of a boy’s jealousy towards his mom’s man and at one point the rapper said of the song: “It took me 33 years of my life to write it, and it means a lot to me. There’s a lot of use of the ‘N’ word, but I’m allowed to use it.”

At this time, there is no official word as to an actual release of the song, but we’re just glad it popped up. What do you think of Kanye West’s Mama’s Boyfriend?

Check out the studio version that recently surfaced and tell us what you think — we want to know!