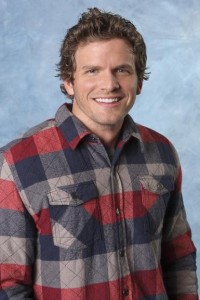 We come not to praise Bachelorette villain Bentley Williams, but we’re not going to bury him, either.

OK, the guy’s a jerk and he needs to grow up. But we do find oddly redeeming values in his dumping of Bachelorette Ashley Hebert during last week’s episode. We submit that his breaking off the, er, romance relatively early in the show because he wasn’t into it does perhaps lessen future heartbreak for Ashley. Imagine if Bentley had played the string down to the ring ceremony and then hit her with his true feelings. The anguish might have been even worse.

We also feel that while his words — edited into the breakup scene in a way to depict him in the worst possible way — portray him as an unfeeling cad, his actions did say otherwise. He took the time to physically console Ashley (we don’t mean in that way!) at the moment of breakup and he even couched his departure in a way that made it perhaps palatable to Ash. He said he needed to go home to be with his daughter. We know — thanks to the magic of reality TV — perhaps Bentley was never into Ashley to begin with and was hopeful that Emily Maynard was this season’s prize. Does that make him a bad guy? We say no.

Further, his conduct is more becoming and gentlemanly than the weasely William Holman, who viciously attacked Ashley at the week three roast. “I always wanted to be a comedian. It’s a huge opportunity for me,” William said before ripping Ashley’s physical appearance and her standing on the Bachelorette pecking order. Way to end any hint of chemistry you might have had with Ashley at the faux Vegas wedding, Willie.

Into whose arms did Ashley fall after the mean-spirited roast? A gentleman named Bentley, who knows how to treat a lady. Here’s hoping there are other bachelors similarly inclined in future episodes. But Ashley, even if Bentley does make a rumored return, it’s probably best to stay away.