Katy Perry’s new celeb-packed music video has dropped! Perry rocks headgear, neon and the robot in the ’80s-inspired video for her party anthem, Last Friday Night (TGIF). With cameos from celebs like Darren Criss, Kevin McHale, Rebecca Black, Kenny G, Hanson, Corey Feldman and Debbie Gibson, anyone who grew up on John Hughes films will get a laugh, but some are questioning the video’s boozy message. t

Katy Perry goes teenage nerd in her new Last Friday Night (TGIF) video and gets a Sandra Dee-style makeover, all while partying her booty off! 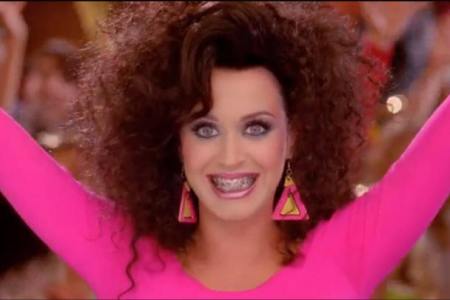 The new video starts when uber-dork “Kathy Beth Terry” wakes up unsure of what happened the night before. After Darren Criss pops his head in, a replay of the night reveals the nerdy girl ditched her headgear and glasses to go wild with the likes of Kevin McHale, Rebecca Black, Kenny G and Hanson. When her parents Corey Feldman and Debbie Gibson come home, they have to admit they “invented Friday night.”

While all the 1980s references will leave some giggling, the party video is raising some eyebrows. Some argue that Last Friday Night promotes binge drinking. Nerdy-to-perty “Kathy” gets so drunk she throws up through her braces and she sings about smelling like a mini bar, taking too many shots, maxing credit cards and not remembering any of it.

Of course, the real issue would be the lyrics to the track, which are not new. 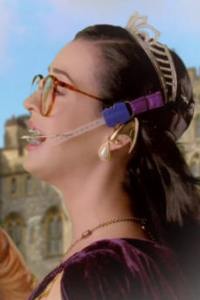 Check out the video for yourself and chime in. Is this an old-fashioned party anthem or did Katy Perry go too far?