J.J. Abrams and Steven Spielberg’s Super 8 ruled the box office for the weekend of June 10 through 12. X-Men: First Class, Hangover 2, Kung Fu Panda 2 and Pirates of the Caribbean: On Stranger Tides closed out the top five. New release Judy Moody and the Not Bummer Summer barely made seventh on its opening weekend. Midnight in Paris gives Woody Allen his best weekend ever.

Super 8 may have won the box office weekend, but with an opening take of $38 million, it wasn’t a rocking win — especially when IMAX ticket sales are taken into account. The science fiction flick from power players J.J. Abrams and Steven Spielberg was super hyped, but may have been shrouded in too much mystery to lure in moviegoers. The MTV Movie Awards sneak peek last week gave the first hint of story, but still left much up to the imagination. 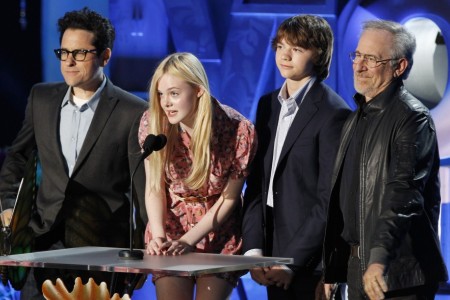 Producers are hoping to see Super 8 perform over the long haul, but the film will need to generate more buzz to make that happen, especially as Green Lantern and Mr. Popper’s Penguins will enter the fray next weekend.

Judy Moody and the Not Bummer Summer had a weak premiere, banking $6.3 million for seventh place.

Woody Allen’s Midnight in Paris continued to expand its release, nabbing Allen his highest-grossing single weekend ever. This weekend’s $6.1 million take puts the indie at $14.2 million in 24 days.

Thor took ninth, while Fast Five kept up the fight to land in tenth place this weekend, but no longer holds the crown of top-grossing movie of 2011. 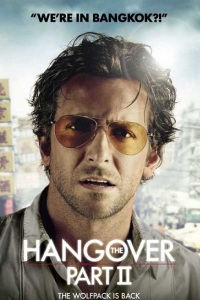 Hangover: Part 2 surpassed Fast Five this weekend, hitting $216.6 million to become the biggest movie of 2011, so far. Pirates of the Caribbean: On Stranger Tides is trailing at $208.8 million, which means it could conceivably take the US crown if it catches another round of wind, but that seems unlikely.

On Stranger Tides has, however, continued to blow away the competition on the international front, banking a whopping $886.8 million worldwide. Fast Five claimed $583.4 million worldwide, while Hangover 2 and Thor have each topped $431 million.

Next weekend could see a big shakeup, with Green Lantern with Ryan Reynolds, Blake Lively and Peter Sarsgaard and Jim Carrey’s Mr. Popper’s Penguins landing June 17. Battle for Brooklyn, Buck, The Art of Getting By, JIG, Page One, R, Kidnapped and My Afternoons with Margueritte also go on limited release.