Chris Rock is in hot water over his remarks on the Tracy Morgan situation, and the comedian is quickly backtracking! 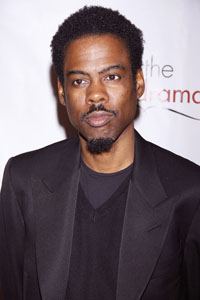 Comedian Chris Rock has come under fire for defending Tracy Morgan’s homophobic rant during a stand-up routine in Nashville — and quickly reversed his stand!

Rock initially tweeted support of Morgan, writing, “I dont know about you, but I dont want to live in world where Tracy Morgan cant say foul inappropriate [expletive].”

Chris Rock received a great deal of flack for voicing his support of hate, including from fellow comedian and open lesbian Wanda Sykes who tweeted, “Ok, piss’d reading, ‘I don’t want 2 live n a world where Tracy can’t say…’ I Do! U Keep the world, just break me off an evolved country.”

Rock quickly backtracked from his original statement of support, saying he misunderstood the seriousness of it. He tweeted:

“Tracy morgan is a tad off we all know that so when tracy says something i usually don’t take it anymore serious than i would a statement from gary busey or flavor flav. when i first heard the statement i thought it was offensive but it also reminded me of my father saying ill kill you if you ever bring home a white girl but after reading everything tracy said. wow i get it that [expletive] wasn’t called for and i don’t support it at all. now can i please go to the tony awards without getting my ass kicked.”

As far as we know, he escaped the Tony Awards unscathed.