Cameron Diaz and Prince Harry had a close encounter at a gym in London. Could Diaz be heading towards a spot in the royal family? 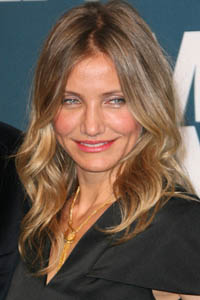 The Charlie’s Angels actress and the royal party boy were working out at the gym separately when Harry accidentally placed his towel on the machine that Diaz was working out on. Diaz was just about to ask the redheaded stranger to remove his towel from her equipment when she realized the sweaty item in question belonged to a member of the royal family.

According to reports, the two hit it off and became gym buddies, chatting it up and challenging each other to a race on the treadmill. Diaz, 38, is shooting Gambit with Colin Firth in London, and Harry, 26, has never been shy when it comes to famous actresses.

After that, Diaz and the prince have coordinated their workouts.

“Since first clocking one another and saying hello, they have coincided visits on two further occasions,” a source says. “During the second one, they were pounding along on adjacent treadmills and Harry cheekily nudged up Cameron’s speed dial, suggesting a one kilometer race. Cameron agreed… and won.”

Post-workout, they became drinking buddies: “They have become pretty friendly — Harry even invited his new gym buddy out drinking with him and his Sloaney chums.”

As for the odds this match will turn into something romantic, for now Diaz is busy looking at homes with her boyfriend Alex Rodriguez.