Whether he’s bringing sexy back, donning spectacles as a geeky guitarist in Bad Teacher (in theaters this month), or playing a singing beer bottle on Saturday Night Live, Justin Timberlake is smokin’ hot. Pick an entertainment medium (music, dance, comedy, or film), and JT rules it — which means there’s a different kind of Justin for everyone. Collect all four! 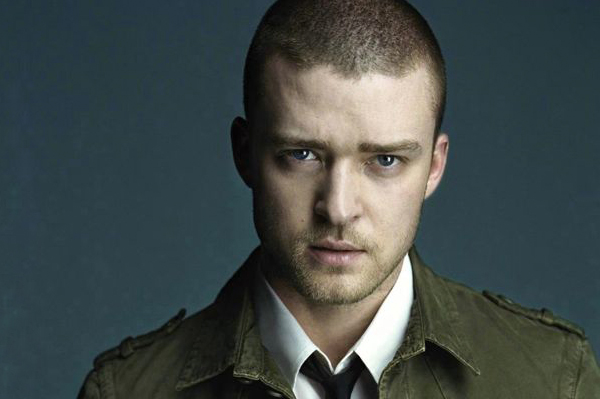 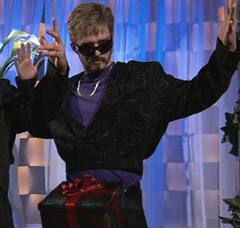 It’s so hard to pick a favorite Justin Timberlake project: Justified? The Social Network? SNL’s “D*ck in a Box”? His knack for not only developing new skill sets, but also being flat out awesome at them increases his appeal as a multi-talented force of nature. But if Singing Justin is your favorite Justin, you’d better act fast: He just announced his desire to quit music for good after one giant world tour. If you need us, we’ll be sitting here, refreshing Ticketmaster.com in hopes of a real-life glimpse of those killer dance moves. 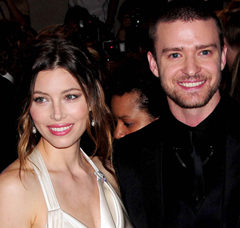 He and fellow Mickey Mouse Club veteran Britney Spears made the ultimate teen pop couple back in the early 2000s, until Britney allegedly cheated on him — hence the Cry Me a River video. After splitting with Brit-Brit in 2002, Justin has largely been in committed relationships, dating avid surfer Cameron Diaz from 2003 to 2006 and super-athletic beauty Jessica Biel from 2007 to 2011.

In fact, when asked about Biel, Timberlake recently told Vanity Fair, “She is the single-handedly most significant person in my life. In my 30 years, she is the most special person, O.K.? … I don’t want to say much more, because I have to protect things that are dear to me — for instance, her.”

We love that Justin’s long-term ladies have been a perfect mix of strength, beauty, talent, and smarts. 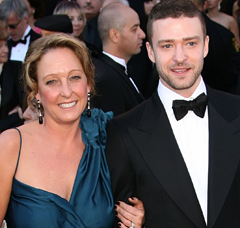 He loves his momma

Who was on Justin’s arm as his date at the Oscars this year? His mom, Lynn Harless. He loves his mom so much that he tattooed her initials on his back alongside the word “guardian.” “She’s been my best friend since I figured out who I wanted to be,” he told Rolling Stone. “She goes out with me and stays out later than I do.” Hot, sensitive momma’s boys for the win!

JT’s newest love interest is reportedly Ashley Olsen, of Full House fame, and some said he spent a fair amount of time chasing his Friends with Benefits co-star Mila Kunis. (The pair recently grabbed each other’s, ahem, private areas during a comedy gag during the MTV Movie Awards.) But, officially? He’s a free agent.

Justin, we’ll challenge you to a (sexy) dance-off any day! 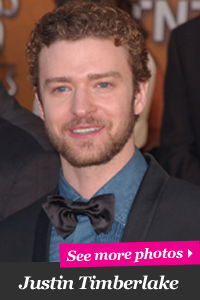