Oscar-nominated director Darren Aronofsky has found his next project. He’ll channel his inner Cecil B. DeMille and take on a story of Biblical proportions with his new film Noah. 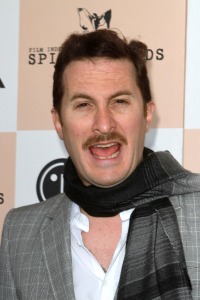 After his huge success with Black Swan, Darren Aronofsky was attached to direct the X-Men prequel/sequel The Wolverine. It would have been his first major studio film and it could have proven to the world that he was more than just an “art house” guy. But back in March, he had a change of heart.

Aronofsky dropped out of The Wolverine and started weighing his options. He wrote the first draft for Noah then passed it on to John Logan for a rewrite. Aronofsky’s already signed on to direct the film and New Regency will finance it.

Noah is currently being shopped to various studios including 20th Century Fox where New Regency is based. Even though Aronofsky jumped ship on Fox’s Wolverine, their professional relationship is still intact. He did make Black Swan under Fox Searchlight, which earned the studio a boatload of money.

It’s no secret that Darren Aronofsky is an amazing visual director. Requiem for a Dream, The Fountain and Black Swan all prove it. So, we’d love to see what he could do when given the power to destroy the world (on screen, of course).