Morgan Freeman is an Oscar-winning actor who’s mastered everything showbiz has to offer. Movies, television, theater, you name it — he’s done it! That’s why it should be no surprise that the 74-year-old was chosen as the latest recipient of the AFI Lifetime Achievement Award. 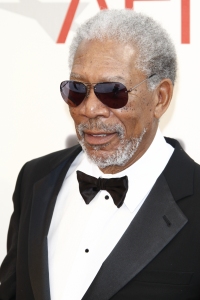 It’s been a long time coming but Morgan Freeman finally got his due! He’s the 39th person to receive the Lifetime Achievement Award, which was recently presented to him by some of Hollywood’s elite. Some big names that attended the ceremony were Tim Robbins, Samuel L. Jackson, Don Cheadle, Clint Eastwood and even Betty White (because she’s in everything).

Morgan Freeman’s acting resume is filled with memorable and historical performances. Some of his most notable ones include his role as a ruthless pimp in Street Smart, a dependable driver in Driving Miss Daisy and a convict in The Shawshank Redemption.

During the special presentation, Garth Brooks came out to perform the song Lean on Me, which is the title of a 1989 drama that Freeman headlined. The AFI ceremony was private and held at Sony Pictures Studios in Culver City, California.

When it comes to honorees, they couldn’t have chosen a more worthy recipient! Congratulations to Morgan Freeman!