Judy Moody and the Not Bummer Summer, based on the wildly successful books by Megan McDonald, arrives on the big screen with great fanfare. Starring Jordana Beatty as the title character and Heather Graham as her Aunt Opal, the film clearly knows its audience in its colorful presentation and purpose.

Megan McDonald’s Judy Moody books have enthralled a generation and the film should thrill that same audience. Everyone else, perhaps not as much, but that is exactly what filmmakers had in mind when making this movie. 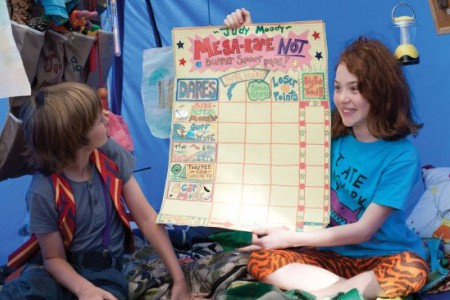 Judy Moody and the Not Bummer Summer star Jordana Beatty is perfectly cast as the film’s hero. She is almost a pint-sized Miley Cyrus in her enthusiasm in tackling the role. And although it’s a supporting role, Heather Graham has honestly not been this good in a film since Boogie Nights.

The film is colorful and pops off the screen, another aspect that young girls should adore. It also captures the almost secret language and mannerisms that young children adopt with their close friends. It doesn’t take long to decipher the child-speak for adult audiences, so listen closely for the prose that is uniquely very young.

The soundtrack features some incredibly catchy songs by a Canadian singer who is right in the Moody demographic wheelhouse, Camryn. This young singer belts out tracks with a maturity twice her age. And keep a close eye on the film, Camryn’s in it too!

As school gets ready to close for the summer, Judy Moody captures the passion for the warmer season by youngsters impeccably. It is youthful in its presentation too as the gags may feel completely silly for adult audiences, but again, kids will adore it. 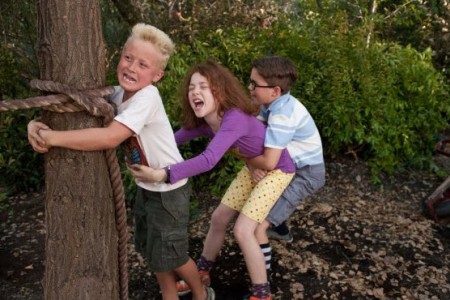 Are we in the mood for Moody? As a great bonding experience for moms and daughters, it works — as a solid family film, not so much.

Judy Moody and the Not Bummer Summer is not for everyone. The film misfires on many fronts, but those must be taken in context. Judy Moody is no Oscar-caliber film; it is geared towards youngsters and the children of the world only.

Check out our exclusive video interview with the entire cast!>>