The Black Eyed Peas couldn’t out-dance the lightning on Thursday night, as a benefit concert in New York City was shut down due to dangerous storms.

Mother Nature reared its ugly head in NYC, shutting down the benefit concert for the Robin Hood Foundation that included top artists the Black Eyed Peas and Taylor Swift. 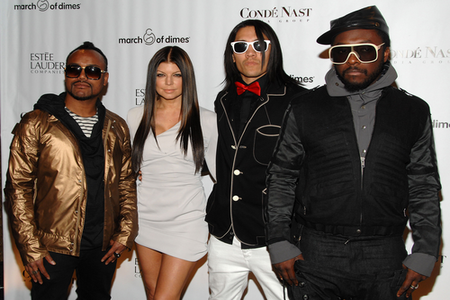 The free concert that was to take place on Central Park’s Great Lawn was canceled after the weather forced numerous delays. The concert dedicated to anti-poverty was tapped to also feature Debbie Harry, LL Cool J and Natasha Bedingfield.

The artists spoke out via Twitter to express their disappointment. Taylor Swift tweeted, “I was like ‘I get to sing with Fergie in NYC?!’ and then there was rain and lightning and they’re like ‘it’s cancelled’ and I was like : (“

Will.i.am tweeted, “I’m so sad the show got postponed.” He also mentioned on Twitter that the BEPs took the performance backstage for an intimate jam session. Check out the picture on his Twitter page.

His fellow Black Eyed Peas group member Taboo added, “Fergie is really sorry it’s not happening we feel horrible. We are devastated and Fergie told me to tweet this she loves u all… I hope that the concert will be rescheduled ASAP, our pea-ple deserve it, my pea-ple from chase and robinhood deserve this NYC we love u.”

Were you one of the fans who gathered to see the concert in Central Park? Tell us, we want to know.