Sarah Ferguson says Princess Diana and Kate Middleton would have been the best of friends had Diana lived to see Prince William marry. 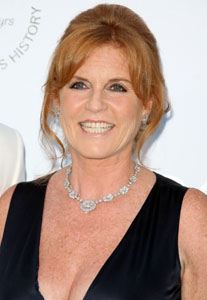 In a new interview with Piers Morgan, Sarah Ferguson, Duchess of York, says that had Princess Diana lived she and Kate Middleton would have been best friends.

In fact, Ferguson says, Diana would have treated Kate like the daughter she never had!

But would Kate then have received Diana’s stunning sapphire-and-diamond engagement ring? Possibly. In fact, they’d soon be neighbors as Prince William and Kate are moving into Diana’s old home, Kensington Palace.

“She always wanted to have a little girl to share clothes and things, she would have had her daughter-in-law. It would be wonderful.”

And what does the Duchess of York think of the new Duchess of Cambridge?

“I tip my hat off to her. She’s so serene! She glides like a swan,” she said.

“I think that she so loves him.” Much like Sarah Ferguson still loves Prince Andrew, whom she calls her “soul mate.”