Despite a few shakeups at Law and Order: SVU, one key cast member will remain on the scene — Ice-T. The popular actor and rapper has signed a deal that keeps him on our favorite drama for at least two more years. 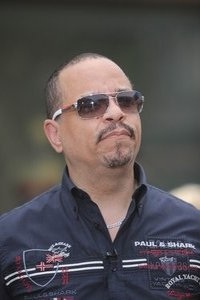 It was a sad day when the announcement came that Christopher Meloni was leaving Law and Order: SVU but fans can breathe easy because Ice-T isn’t going anywhere.

Ice-T recently broke the news of his new deal on his Twitter account. “I’ve just locked in my new SVU deal,” he tweeted Friday. “So I’ll officially be back for the next 2 years at least. DONE.”

The fantastic news came on the heels of a few other not-so-great pieces of casting confirmations, at least for long-time fans — the first being Chris Meloni’s exit. Unfortunately, the contract negotiations didn’t jive, leaving fans’ jaws on the floor with the news.

It was then announced that Mariska Hargitay would be back for the 13th season but in a “supervisory” role, leaving room for a new detective to take her place. Currently, Jennifer Love Hewitt seems to be the most buzzed about frontrunner to fill Hargitay’s shoes.

Ice-T played it cool, addressing only his contract on Twitter, while confirming no other news on his fellow cast members: “At this moment no one else is locked as new members of the show.”

Well, there you have it. Straight from Ice-T’s mouth — or should we say fingers since it was Twitter?

You can also see Ice-T taking the reality TV world by storm in his new show Ice Loves Coco beginning June 12 on E!