After months of speculation, it comes as no surprise that MTV has decided not to renew its controversial drama Skins for a second season. Skins came up under constant attack and scrutiny for its racy dialogue and scenes, provoking several top advertisers to pull ads from the show.

Definitely not one of the bigger surprises of the television season, MTV’s controversial series Skins was pulled by the network after only one season. 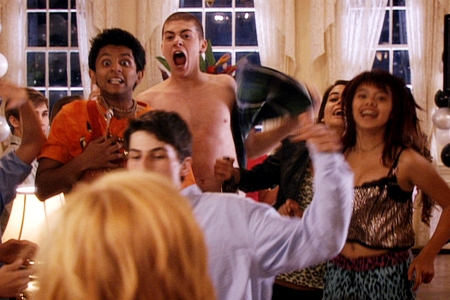 The network said in a statement, “Skins is a global television phenomenon that, unfortunately, didn’t connect with a US audience as much as we had hoped. We admire the work that the series’ creator Bryan Elsley did in adapting the show for MTV and appreciate the core audience that embraced it.”

Prior to its premiere, Skins was under attack from the Parents Television Council, which spoke out against the show — even calling for Congress to investigate the series and MTV on allegations of child pornography, since several of the stars were underage. An investigation was never launched.

In January, when Skins first made waves on US shores, advertisers such as Taco Bell, Wrigley, Subway, Foot Locker, L’Oreal and Schick pulled their ads from the series after just two episodes.

The sharp ratings decline also did Skins in, as 3.3 million viewers tuned in for the premiere, but in a sharp contrast, only 1.2 million viewers were still interested by the season finale. In comparison to MTV’s other scripted show, The Hard Times of R.J. Berger, Skins fared much better in the ratings, but Berger was picked up for a second season.

The US version of Skins was a direct play off the successful British version of Skins, which recently wrapped its fifth season. In the UK, it is a BAFTA-winning teen drama that explores the life of a group of teenagers in Bristol, England. The controversial plot lines explore issues such as dysfunctional families, eating disorders, adolescent sexuality, substance abuse and death. The cast is entirely replaced every two seasons with new actors and there are usually eight main characters. Additionally, well-known British comic actors are part of the central cast and play the kids’ parents.