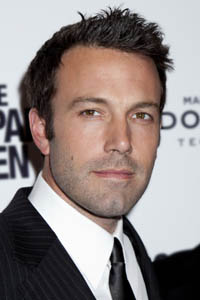 Three years ago, Ben Affleck reached out to Representative Anthony Weiner while researching a role in a political thriller, State of Play. The Hollywood actor and the New York politician developed a friendship, sharing dinners and exchanging advice.

At the time, Affleck was considering changing careers: From actor to politician. Weiner offered Affleck advice on what to do and what not to do were he planning on running for public office.

“I developed, I must confess, a grudging respect for him,” Affleck said at the time of his relationship with Weiner. “He has good political instincts. He said Barack was going to win and he turned out to be right.”

Ironically, Weiner is more than inspiration for a corrupt politician today. He’s caught in a political scandal because he sent sexual messages and photos to women that he met through Facebook and Twitter.

In State of Play, Affleck played a Republican congressman who becomes the focus of a police investigation when a woman who used to work for him, played by Rachel McAdams, dies. Meanwhile, a former friend, played by Russell Crowe, is the journalist who suspects there’s more to the murder than the congressman is saying.

“There is something beautiful about a politician who is a real fighter,” Affleck said of Weiner. “Anthony is a guy who hits so hard and so clean.”

Now Weiner’s down for the count.