Elisabeth Hasselbeck is no longer singing Sarah Palin’s praises. What happened to one of Palin’s outspoken supporters and friends?

The View host Elisabeth Hasselbeck is becoming less of a Sarah Palin fan-girl, it seems. Hasselbeck previously supported Palin and even campaigned for her in ’08. 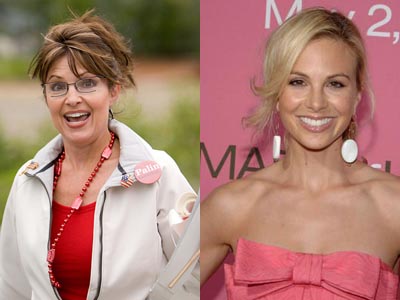 Now, Hasselbeck is openly criticizing her former friend for hijacking Mitt Romney’s media attention. On a recent episode of The View, Hasselbeck had the following to say about the former vice presidential candidate/reality TV star/attention seeker:

“If I had termites in my house I’d get someone in there who could deal with it. Mitt Romney, right now, his specialty is the economy. I’d have him in there. Here’s why we’re not hearing it: Because Sarah Palin’s on a bus and right now she’s manipulating, in terms of media attention.”

Apparently, Hasselbeck was using a very, um, unique analogy to explain how Palin’s actions were detracting from Romney’s attempts to get the word out about his plans for economic improvement.

Hasselbeck was a former outspoken supporter of Palin, getting into lively discussions with her View co-hosts about Palin’s political merits. In fact, Hasselbeck spoke at political events, promising that Palin would clean house in Washington in the same manner she did in Alaska.

However, things have gotten a little testy between the women. Pop Eater reports that the friendship is all but over.

“I think Elisabeth is a good friend. She remembers birthdays and even with a busy schedule always takes time to stay in touch with her girlfriends,” a source told Pop Eater. “But Sarah has let her down. Elisabeth has reached out to her several times but she never responds.” Apparently, Hasselbeck “has stopped trying altogether and doesn’t care who knows.”

Now that Sarah Palin is no longer Elisabeth Hasselbeck’s BFF, we’re wondering whether she’ll jump on board with another politician.