For the young actors at the center of J.J. Abrams and Steven Spielberg’s Super 8, their time filming the thriller felt like “summer camp.”

Super 8 takes the wonder of youth and injects the “what is it?” film experience with a layer of innocence that is unseen in films of late. It follows five friends, along with Elle Fanning’s Alice, who spend their summer making a Super 8 zombie movie. In the midst of filming their climactic scene, an Air Force train crashes, turning their lives upside down with its mysterious cargo suddenly on the loose. 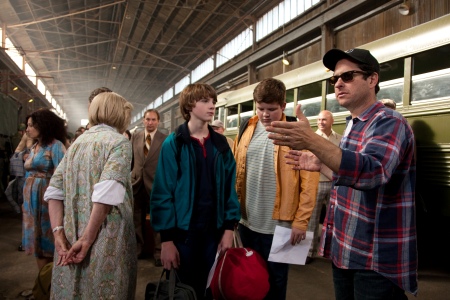 The film’s youthful stars, Joel Courtney (Joe), Gabriel Basso (Martin), Riley Griffiths (Charles), Ryan Lee (Cary) and Zach Mills (Preston), gathered recently at the Four Seasons Beverly Hills for an exclusive video interview with SheKnows. The quintet takes us inside the summer’s most buzzed about film and they let us in on a few set secrets.

Super 8 lands in theaters with the most buzz of any film this summer and SheKnows can tell you this: It is a must-see! 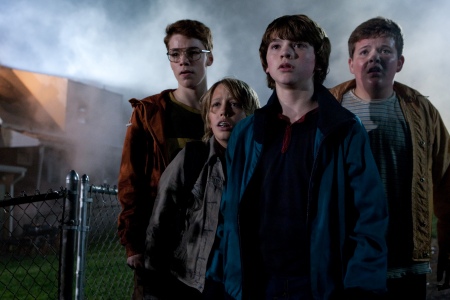 With the film’s pedigree that is Steven Spielberg and J.J. Abrams, as well as a cast of youngsters that meet the bar set by the creators’ cinema credentials, as a writer, consider it a sincere pleasure to be invited inside that creative world as SheKnows has with our video chat with the boys of Super 8.