J.J. Abrams’ long-awaited sci-fi thriller Super 8 is here! Some fans got the opportunity to see the movie a little earlier than the rest of us. Hundreds of preview screenings were recently held before its release and they were a huge success! And now at long last, audiences can see it now!

Paramount Pictures gave some fans (and critics) a chance to see their highly anticipated film before the general public. In major cities all over the country people finally got to see what all the hype was about. So, what was the general consensus? Super 8 is super awesome! 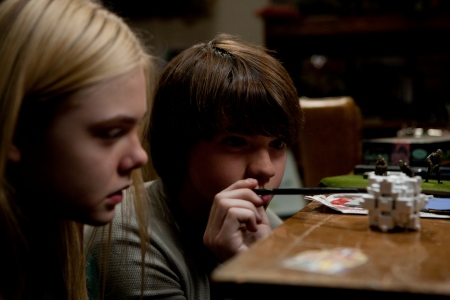 Not only was the film stellar but the whole movie-going experience was amazing. Fans were given free T-shirts and memorabilia as well as complimentary drinks and popcorn before and after the show. What more could you ask for? How about J.J. Abrams himself? He appeared in a special message that was attached to the movie where he thanked the crowd for their enthusiasm and support.

Critics love the film (just check out our review) and sci-fi geeks everywhere are dying to see it. We just need the rest of the world to get on board. If Super 8 is a box office success that will give studios a little incentive to produce more original films instead of sequels and remakes. If you’re a fan of E.T. or The Goonies, Super 8 is right up your alley.

Super 8 is now out in theaters everywhere for a “sneak peak” screening. Check out the details here! Are you ready for it?