In 2012, James Bond will return to the big screen with a new adventure and a new Bond girl. Daniel Craig has had his fair share of leading ladies such as Eva Green and Gemma Arterton, and now we can add Naomie Harris to the list. The British actress has been offered a role in the highly anticipated 23rd Bond movie. 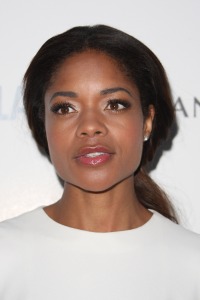 Eon Productions is the home of the James Bond franchise and one of their spokespeople recently confirmed that Naomie Harris is in contention for a role in the latest sequel. A source close to the actress has taken the story a step further by claiming she’s already been offered a part but has yet to accept.

What is this mystery role that Naomie Harris may or may not take? The character is rumored to be Bond’s “sexy sidekick,” which would be a lot more interesting than the usual run-of-the-mill love interest. Harris is beautiful, talented and she can play rough when necessary. She has all the makings of a genuine heroine.

It’s been announced that Bond 23 will open in domestic theaters on November 9, 2012, while folks in the UK and Ireland will get first dibs on October 26. Can you hold out that long for your next James Bond and Daniel Craig fix?