Drop Dead Diva went out with a bang last season — or should we say, a crash! — after Jane (Brooke Elliott) and Grayson both decided it was finally time to move on and leave “deceased” Deb behind. 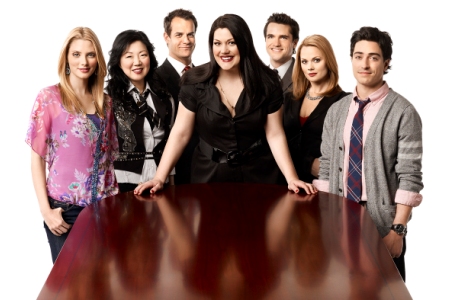 For SheKnows readers not in the DDD know, the premise of the show is that diva Deb “dropped dead” and came back in Jane’s body. Instead of Deb’s bangin’ model body and ditzy airs, she now has Jane’s plus size bod and amazing lawyer brain, with Deb’s memories and divalicious fire. As fate would have it, Jane also just happens to work with Deb’s left behind true love, Grayson.

Jane and Grayson have become the best of work pals, but Jane still believes he’s her soul mate. To her, “moving on” last season meant finally revealing her real identity to Grayson. Unfortunately, to Grayson it meant proposing to the woman he’d just broken up with, Vanessa. If that wasn’t heartbreaking enough, Grayson asked Jane to be his best man! That sent Jane running, with Grayson on her tail and before he could catch up, he got hit by a bus. Grayson’s final word, as he looked up into Jane’s face? “Deb!”

We have to assume Grayson survives the crash, since portrayer Jackson Hurst is back for season three, but what will that mean? Will he fall into one of those long soap comas? Wake up and see true love Deb or best man Jane? Or have amnesia? Needless to say, SheKnows has a lot of questions for this star-crossed couple!

Other issues to investigate: What brings Paula Abdul, LeAnn Rimes, Wendy Williams, Wanda Sykes, Jennifer Tilly, Kathy Griffin, Lance Bass and Clay Aiken to Drop Dead Diva season three? What can we expect from the premiere dance choreographed by So You Think You Can Dance‘s Tyce Diorio? Will Kim and Parker’s romance survive the tornado that was Claire (AKA the conniving Harrison in Harrison & Parker)? Are Stacy (April Bowlby) and Fred still on cloud nine? And what’s this about Jane and Grayson ending up in bed?

Drop Dead Diva premieres Sunday, June 19 at 9 p.m. Who knows where season three will find everyone? SheKnows will soon, so stay tuned! 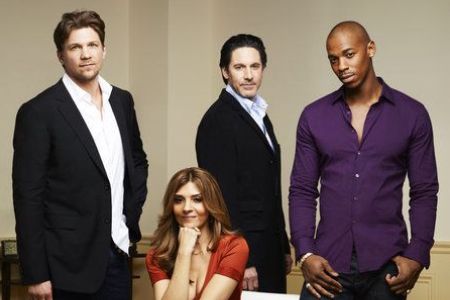 Necessary Roughness premieres on Wednesday, June 29 at 10 p.m. on USA. Since we don’t know much about this one yet, check out the promo for now and stay tuned for the inside dish!