Gwen Stefani had a super-successful solo career, with hits like Hollaback Girl and Rich Girl, but says that is behind her and she is now focusing on recording albums with No Doubt. 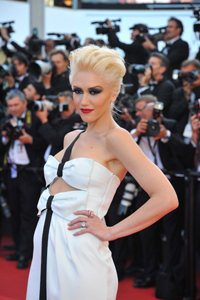 The Harajuku girls are hitting the road! Gwen Stefani says that she will no longer record solo albums and will stick to making music magic with her band No Doubt.

“That was a moment in time,” Stefani told Entertainment Weekly. “It went on a little longer than we all thought it would, because it was inspired and you have to go with wherever you’re at in that time in your life… [But] everything works out how it should.”

Back in the studio, No Doubt is working on a new album — their first since Rock Steady dropped 10 years ago! Stefani released her super successful solo album Love. Angel. Music. Baby. in 2004 and The Sweet Escape in 2006 — and has been busy making babies (Kingston, 5, and Zuma, 2) with hubby Gavin Rossdale for the last five years.

Stefani said more details on the future of No Doubt will be revealed this Friday, June 10th!

With Stefani’s solo career being so successful (she sold over 20 million copies combined), are you surprised she is saying sayonara to her solo career?