Sienna Miller received an apology and a settlement from News of the World after they admitted to hacking into her cell phone to gain personal information on her, including her relationship with Jude Law. 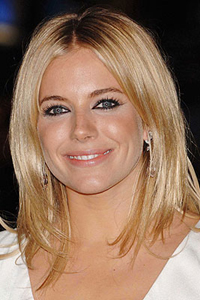 Sienna Miller is frequently in the news for her on-again, off-again relationship with Jude Law (which, if you are keeping track, is currently off), however, she began to wonder how the media was getting sensitive information about her.

According to the New York Times, she became suspicious “whether someone close to her was leaking information or whether her mobile telephone was somehow being hacked into.”

She found “both possibilities extremely distressing” — and she started getting suspicious once she missed a number of voice mail messages and started receiving calls from people who would not answer, but would immediately hang up.

It turns out News of the World was hacking into her cell phone (and other celebrities, allegedly) to get personal information. They have settled with Miller, agreeing to pay her around $164,000 in legal fees. Two editors and one reporter have also been arrested and a criminal investigation is underway.

Miller wasn’t the only one hacked. Her claim stated that Vodafone said a private detective got pin numbers for phones belonging to Jude Law, his assistant, Miller’s assistant and friend. Kelly Hoppen, Miller’s stepmother, is also suing, saying her phone was hacked as well.