Brooke Burke and her boyfriend David Charvet have put their Malibu mansion up for $12.5 million — if you don’t have that kind of dough, you can rent it for $75,000 a month. Pocket change, right? 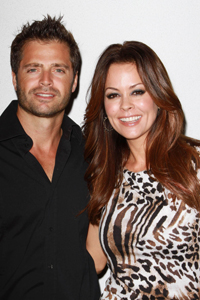 Dancing With the Stars host Brooke Burke and David Charvet are packing up their four kids and moving out of their Malibu mansion, dubbed Chateau Charvet. Interested in the beautiful French-style home? It’ll cost you!

Chateau Charvet is a five-bedroom home that features an 18th century fountain, an infinity swimming pool and spa, French fireplaces, a hidden screening room, a wine cellar — and even an “off-season” closet to store your out-of-season clothes.

The house is truly impressive — and quite a home for those that can afford it! It is located in Serra Retreat, which boasts other celebrity neighbors such as Mel Gibson’s ex-wife Robin, Camille Grammer and Avatar director James Cameron.

Burke recently opened up to Redbook magazine about her family life.

“It’s Familyville in my life, but David and I make sure to escape once a week. So maybe on a Sunday night, we’ll go out to dinner at a favorite Malibu restaurant. Or at home we get the candles, the music — the whole deal — and we close the bedroom door.”

Check out a picture of their fabulous crib below: 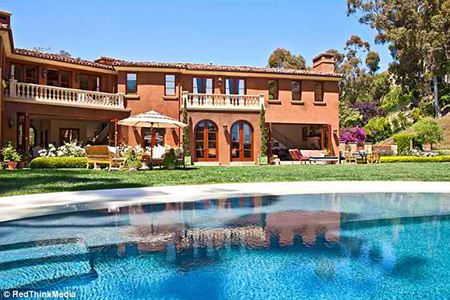