Leonardo DiCaprio may go to the dark side in Quentin Tarantino’s next film. The Oscar-nominated actor is in early talks to star in the director’s highly anticipated Western Django Unchained. 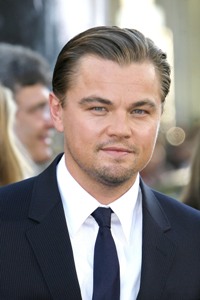 Django Unchained will be Quentin Tarantino’s version of a Sergio Leone spaghetti Western and what a leading man he has in Leonardo DiCaprio. The film will center on Django, a slave who is liberated and taught the tricks of the trade by a German dentist-turned-bounty hunter.

That bounty hunter will more than likely be played by Inglourious Basterds star Christoph Waltz — no surprise there since Tarantino adores the actor.

If DiCaprio accepts the villain role, he’ll star as Calvin Candie, the owner of an underground club called, you guessed it, Candyland. It’s there that he pits slaves against each other and forces women to perform sexual acts with patrons. He’s a truly despicable character in every sense of the word.

Leonardo DiCaprio is a talented actor and we’ve seen him play very gray and complex characters but none this evil. While his on-screen nemesis Django receives help from Christoph Waltz, Samuel L. Jackson will play Candie’s right-hand man Stephen. He’s a valet, who helps keep the slaves in line at his “establishment.”

Do you think Leo can believably play someone so down and dirty? This might be the role that really pushes him to his limit.