30 Rock star Alec Baldwin is looking into running for mayor of New York City in the aftermath of the Representative Anthony Weiner scandal. 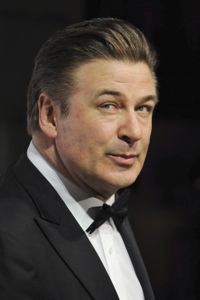 The left-leaning Alec Baldwin has long held an interest in all things political and now it appears he’s getting serious about it.

Baldwin is not ruling out a run for mayor of New York City, his rep Matthew Hiltzik told SheKnows.com.

The Long Island native’s name arose in the aftermath of the Representative Anthony Weiner Weinergate scandal. Weiner, whom many had considered to be a strong candidate for NYC mayor, tweeted a photo of his, er, underpants and subsequently misled reporters on the origin of the photo for a week.

“Alec said, ‘Hey, maybe this changes the race. The dynamics have shifted,'” said a Baldwin associate to the iPad newspaper The Daily. “The Democrats need a high-profile candidate, and Alec can fill that bill.”

Baldwin will have the time to govern on his hands as he’s previously announced that his last year on 30 Rock will be 2012. The next city mayoral election is 2013.

Running for office is not a new thought for Baldwin, who told CNN’s Eliot Spitzer in January that he was “very interested” in being a candidate for an office in New York City. Still, “it’s a long way till November of 2013,” the actor posted on Twitter Wednesday afternoon.