Ja Rule is starting his two-year prison sentence stemming from a 2007 weapons charge.

Something tells us that rapper Ja Rule isn’t having such a good day. The Queens-born rapper — real name Jeffrey Atkins — is trading in his Twitter feud with 50 Cent for prison blues today as he starts his two-year prison sentence on gun charges. 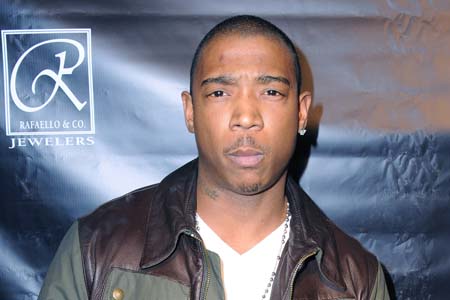 Ja Rule, 35, was arrested in Manhattan in 2007 after a Lil Wayne concert at Madison Square Garden (you might remember that Weezy was arrested that same night).

“Minor setback for a major comeback,” Ja Rule confidently tweeted in December after his sentencing. He’ll likely only serve 16 months, though who knows after his guilty plea in a tax evasion case. He’s reportedly facing another three years for that charge.

“I’m disappointed,” the rapper told MTV in a recent and less-confident interview. “I’m mad at myself.”

“My daughter, she’s 15 right now,” Ja added. “These are her last couple of years. She’s about to graduate from high school, and she’s going to college. She needs her father. My boys really need me right now too, as well as my wife. They need Daddy, and Daddy [expletive] up.”

Duh. Maybe he should have thought of his kids when he tried to act hard with a gun?

And who gets the last laugh in this one? 50 Cent, of course.