First Lady Michelle Obama will appear on the hit Nickelodeon television show, iCarly, as part of her Joining Forces initiative. The episode will likely air in January of 2012 and will encourage young people to give our service men and women and their families the support and opportunities they have earned. 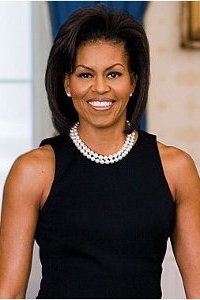 It will be a new year for the hit Nickelodeon television show, iCarly, when they welcome First Lady Michelle Obama to their cast for a very special episode in January of 2012.

Mrs. Obama will be guest-starring as a way to showcase her Joining Forces initiative, to increase awareness and support for military families.

According to Nickelodeon’s president, Cyma Zarghami, who revealed the details to the Associated Press, the episode will revolve around the main character, Carly, who desires to have a web chat with her father who is a colonel in the military. Her friends, Freddy and Sam, set it up as a way for father and daughter to be closer on his birthday. Mrs. Obama discovers their scheme and “comes to have a chat with them in the most positive way possible.”

The episode, written by head writer Dan Schneider for the first lady, is scheduled to air in January of 2012.

Said Zarghami, “When she approached us, after he was done jumping for joy, Dan sat down and came up with a very, very clever idea.”

“It’s a feel-good initiative,” she continued, “and regardless of your political affinity, everybody cares about these families so it just feels right.”

It also helps that first daughters Malia and Sasha are big fans of the show as well.

This is not the first time Mrs. Obama has appeared on television targeted specifically at children. She has been on the Disney Channel in several public service pieces, promoting healthy eating with teen stars such as the Jonas Brothers and stars from the Disney show So Random. She has also appeared on the preschool show Sesame Street, where she taught the furry residents of Sesame Street about the benefits of growing a garden and healthy living. Mrs. Obama kicked off a two-year science initiative on the show called, “My world is green and growing.”