Actress Edie Falco says reality TV is killing our culture — and who is Kim Kardashian, anyway? 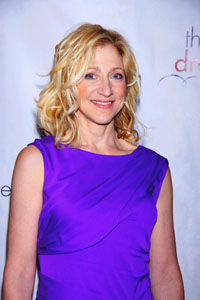 Award-winning actress Edie Falco would really, really like to know what reality celebs like Kim Kardashian have done to earn their fame.

Falco, who starred as Carmela Soprano on the hit HBO show The Sopranos and as the titular character in Nurse Jackie, told NYMag.com that the current cult of fame is downright frightening.

“Celebrities are now like our royalty, you know what I mean? Most of them haven’t really done anything to earn where they are, which is what’s so troubling,” Falco said. “There’s an obsession with famous people who, oftentimes, are not worthy of a million people knowing who they are and what they think.”

The actress even calls out mega reality star Kim Kardashian in her rant.

“Like, forgive me, I don’t know if you’re friends with her — but who the hell is Kim Kardashian? Like, who are these people and why are they famous and why are they advertising things and being asked their opinions about things? I just don’t understand what these people did to be in a position of having everyone ask their opinions about stuff. I mean, if there’s something about her personality or something that she’s accomplished or her philosophy on something — but beyond that I don’t understand what’s happening. It’s actually frightening.”

“Part of this culture of celebrity right now is that the devastating, desperate hunger people have makes them blind to what they might be doing to get there. It sort of breaks my heart,” she said.

Edie Falco has won four Emmy Awards, two Golden Globe Awards and five Screen Actors Guild Awards. She is currently nominated for a Tony for her role in the Broadway play The House of Blue Leaves.