America’s Got Talent continued this week with some pretty spectacular auditions, including one impressionist who channeled the great Barbara Walters and Kathy Griffin all in the same act!

America’s Got Talent continued its audition round from the Seattle Paramount Theater and while some acts left the judges scratching their heads, we’re talking to you brothers who couldn’t sing My Girl, others came to impress. 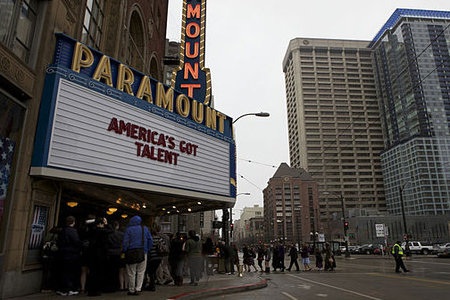 Melissa Villasenor had the audience roaring with laughter with her spot-on take of Barbara Walters interviewing Natalie Portman. But it was her twangy Miley Cyrus and totally spot-on impression of Kathy Griffin that really got the crowd going.

Sharon Osbourne called it right telling her she won’t be working in retail for much longer while Piers Morgan deemed it a “sensational audition.”

Did you catch Melissa Villasenor’s audition? What did you think of her celebrity impressions? If you didn’t see them, check out the video below and tell us what you think. We want to know!