Blake Lively and Leonardo DiCaprio are falling in love on a world tour of dates. But can this celebrity couple go the distance? 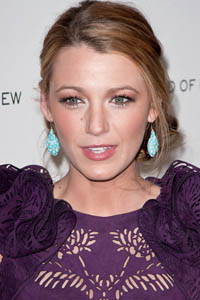 Blake Lively and Leonardo DiCaprio are wasting no time in love. From Italy to Disneyland, the golden couple has been spotted out and about and clowning around for each other in photographs.

For the Gossip Girl actress and the Titanic star, dinner and a movie won’t suffice in their romance. After being spotted on a boat in Venice, Italy, and getting cozy in Cannes, France, the two headed back to America. Earlier this week, Lively and Leo were spotted at Disneyland after Lively was done presenting an award at the MTV Movie Awards.

The latest shots of the couple together feature them sharing a Friday in Verona, Italy, where the couple was clearly enjoying each other’s company. In one photo, Lively squats to take a picture of her new boyfriend with his sleeves rolled up and showing off his muscles.

Apparently, DiCaprio is totally over his supermodel ex, blonde stunner Bar Refaeli. As for Lively, she seems to have forgotten altogether her supposed ex-boyfriend and Gossip Girl co-star, Penn Badgley.

Interestingly, Verona is the setting of William Shakespeare’s Romeo and Juliet, and DiCaprio starred in Romeo + Juliet, Baz Luhrmann’s film adaptation of the legendary romantic play of star-crossed lovers whose romance ends in tragedy.

Are Blake and Leo a perfect match or star-crossed lovers?