Arnold Schwarzenegger and Maria Shriver are reportedly close to agreeing on a settlement for a divorce that hasn’t even been filed yet. 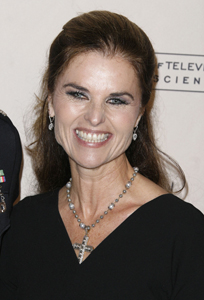 Remember how long it took for Elin Nordegren to file for divorce from Tiger Woods? That’s because girlfriend was getting all her financial ducks in a row first. It looks like Maria Shriver is taking a page from that same playbook — and sources say a financial settlement between her and Arnold Schwarzenegger could be very close at hand.

Shriver moved out of the family home as soon as she found out her husband of 25 years had been lying to her for over a decade about his secret love child and affair with their family housekeeper, reportedly several months before the rest of us knew the story. Friends say there’s no doubt the divorce papers will be filed — it’s a matter of when, not if.

“Maria is extremely bright, and trusts her lawyer, Laura Wasser,” a source told RadarOnline. “Maria wants to ensure that she gets a fair settlement and that her children’s future is secure, that is all she cares about, period.”

“Maria has already begun to move on from her failed marriage. She and Arnold do talk, they have to — they have four children together.”

“But, Maria has made it clear to Arnold that there is no chance at a reconciliation. Arnold finally seems to be accepting this, but he doesn’t like it,” the insider said.

At stake is Schwarzenegger’s $300 million fortune. It is not known if the couple has a prenup, but after 25 years most judges would consider it null and void anyway — meaning Shriver could walk away with $150 million, one and a half times the size of Elin Nordegren’s reported $100 million settlement.