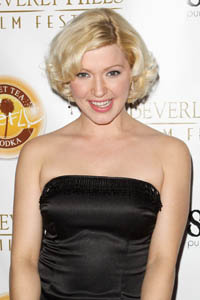 The cast of Celebrity Rehab 5 has been revealed, and the lineup is looking ready for some rehabbing.

Michael Lohan is checking in, although we don’t know yet if that’s for issues related to being a celebrity father to Lindsay Lohan or something else.

He’ll be joined by Sean Young, the star of Blade Runner who became better known for fighting with crew members and showing David Letterman her armpit hair.

In addition, there’s Bai Ling, the Lost actress more often seen out on the town partying than starring in movies.

Then there’s Steven Adler, who appeared on Celebrity Rehab once before and is returning for a second time to cure issues related to having been a Guns N’ Roses drummer.

Amy Fisher will also be showing up. She’s the Long Island Lolita who became an adult star.

Dwight Gooden will have a bed, as well. The once-great baseball pitcher has struggled with substance abuse problems for years.

And Jeremy Jackson was that young hottie on Baywatch, but now he’s abusing hormone injections to keep his muscles ripped.

Of course, Dr. Drew will be there to offer help and act rational.

I’m thinking Bai and Sean will be the ones to watch. Fisher recently stated that she stopped making adult movies after her rehab stint. As for Adler, if he doesn’t make it this time, he can always come back for season six.

Who do you want to watch on Celebrity Rehab?