Tori Spelling is always animated. Whether it was her turn in the original 90210, or on her reality series starring alongside her husband, Dean McDermott, the celebrity has been known to come alive when the cameras are rolling. But, Spelling has hardly been as animated as she is while lending her voice to the Disney Junior hit show, Jake and the Never Land Pirates.

Jake and the Never Land Pirates’ June 17 episode finds Tori Spelling starring as the Pirate Princess in the episode entitled, The Rainbow Wand. Look for Spelling’s character to be a regular on the show to the delight of the program and Spelling’s fans. 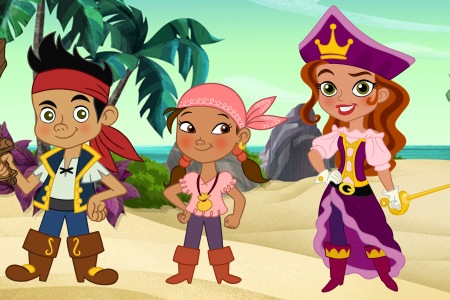 The show is an adventure series following two kids, Izzy and Cubby, as they try their best to outsmart the most infamous pirate in the world, Captain Hook, and also Smee.