The Bachelorette star Ashley Hebert might have had her heart broken by jerky Bentley Williams, but we can exclusively reveal that she ends up leaving the show an engaged woman!

There’s a new jerk in town, and it’s The Bachelorette’s Bentley Williams. The 28-year-old divorced father threw in the towel on last night’s show, telling Bachelorette Ashley Hebert and the rest of the guys that he just missed his daughter, Cozy, too much to stay. Luckily, Hebert’s heartbreak is short-lived. 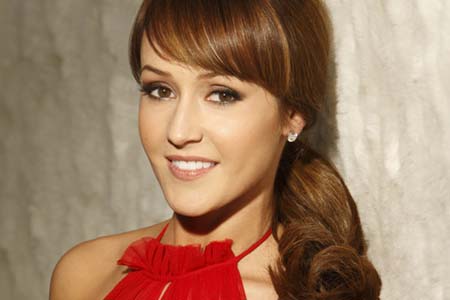 A source close to the production tells SheKnows exclusively that The Bachelorette does indeed find true love on the show!

“She is engaged and very happy,” our source revealed exclusively.

Our source added that she even has a beautiful custom diamond engagement ring she picked out that was given to her on the show by her mystery fiance.

We’re thrilled that Hebert found love on the show — especially because she was so heartbroken when Williams left.

“I never knew I’d come in here and so soon be heartbroken,” Hebert blubbered. “I’m ready for my happy ending and I thought it’d be him! My heart is totally broken.”

Williams wasn’t quite heartbroken — in fact, he was quite cold when revealing his true feelings about the 27-year-old Bachelorette.

“The guys know I’m a frontrunner, but none of them have any idea that I don’t care about Ashley. I had the opportunity and I played everyone,” Williams said. “[Emily Maynard is] such a standout, and… Ashley looks like an ugly duckling. I’m going to make Ashley cry. I hope my hair looks OK.”

Now, everything seems to be where it should be: Hebert is engaged and happy, while Williams’ true jerky side is exposed for all the world to see.

Only question now is, who is the lucky guy?!

Who do you think ultimately wins Ashley Hebert’s heart on The Bachelorette?