The 38th Annual Daytime Emmy Awards’ first group of presenters has been announced! Find out who you can expect to see, as well as a round-up of nominees. 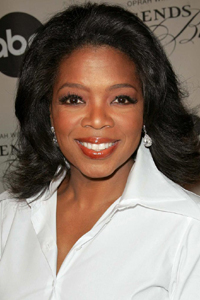 The 38th Annual Daytime Emmy Awards will be hosted by Wayne Brady and will broadcast live on Sunday, June 19, in Las Vegas on CBS.

In addition, Oprah Winfrey will be honored with the Crystal Pillar Award from the National Academy of Television Arts & Sciences. This award will honor her for changing the face of daytime television with her show, The Oprah Winfrey Show.

Other presenters you can expect to see include Don Diamont from The Bold and the Beautiful, Melissa Archer from One Life to Live, Daniel Goddard from The Young and the Restless and Montel Williams.

The Outstanding Drama Series nominees include All My Children, The Bold and the Beautiful, General Hospital and The Young and the Restless.