Kate Plus 8 reality star Kate Gosselin reveals what she is looking for in a man — and those under the age of 40 need not apply! The busy mom of eight has been called many things — but “cougar” is not one of them. 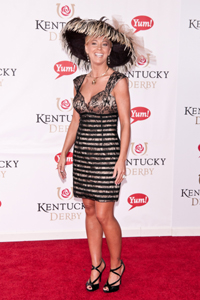 Kate Gosselin is single… and ready to mingle. The 36-year-old mother of eight told People that she is “not dating” but is “open to the option” of a relationship with a more mature man.

“I want somebody who is older, at least in their 40s,” Gosselin says. “I can’t be bothered with these little boys.”

The reality mom had been rumored to be seeing her bodyguard, Steve Neild, who is estimated to be in his late 50s, however, she has never confirmed the two have a personal relationship.

“It would be really great to find somebody in real life who can handle the stress around here and who can love my kids the way I do,” she reveals. “I want someone who is strong and smart and driven. I think those are the best qualities.”

What about her ex-hubby Jon Gosselin? She reveals that things have leveled off between them. “It’s just naturally gotten more peaceful, which is good,” she admitted. “He’s working now, which is great. He has somewhere else to put his attention, which is good.”

Gosselin, whose show Kate Plus 8 comes back to TLC on Monday, admits she is too busy to worry about being alone.

“I think everyone who is single worries that they’ll grow old alone,” she admits. “But I don’t have a lot of time to worry about it.”