X-Men: First Class won the June 3-5 box office race, knocking Hangover 2 out of the top spot. Kung Fu Panda 2 slid to third. Pirates of the Caribbean: On Stranger Tides threatens to topple Fast Five‘s claim as the biggest movie of the year, while Woody Allen’s Midnight in Paris continues to creep up the chart. 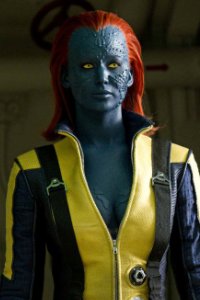 It was not, however, tough enough to beat out Jackman-era numbers. X-Men Origins: Wolverine opened at $85 million and X-Men: The Last Stand opened at $102 million; while the original opened with similar numbers as First Class, but only before you factor in inflation.

This has led to some serious buzz about just how successful the new installment is. As said, however, it seems unrealistic to have the same expectations for a Hugh Jackman movie that you have for a prequel built around young upstarts, even if Jennifer Lawrence (Hunger Games), James McAvoy, Michael Fassbender, Rose Byrne, Oliver Platt, Kevin Bacon and January Jones are involved. That list doesn’t quite measure up to the Jackman, Patrick Stewart, Ian McKellen, Halle Berry, James Marsden, Rebecca Romijn and Anna Paquin ensemble!

In contrast, The Hangover Part 2 is powering through some seriously bad word of mouth. It seems no matter the buzz, viewers are willing to pay to party with the Wolf Pack one more time. This weekend’s $32.4 million brings The Hangover Part 2‘s North American take to $186.9 million. Tack on the international ticket sales and The Hangover Part 2 boasts a worldwide take of $338.4 million in less than two weeks. At this point the only question is: Where will Hangover 3 take Bradley Cooper, Ed Helms, Zach Galifianakis, Justin Bartha and Ken Jeong?

Kung Fu Panda 2 also stayed in the game this week, coming in third with $56 million, while just eking past the $100 million mark domestically. Internationally, Kung Fu Panda 2 is up to $225 million.

Pirates of the Caribbean: On Stranger Tides banked an additional $18 million in North America this weekend to stay in the top five. The newest Pirates installment is nearing the $200 million mark domestically, while banking $790.7 million worldwide!

Bridesmaids stayed in the top five for another week, while also hitting the $100 million mark with this weekend’s $12.1 million. 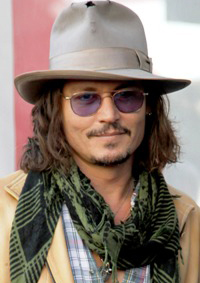 Johnny Depp and Penelope Cruz’s On Stranger Tides has blown Fast Five away on the international front, but the Vin Diesel-Paul Walker reunion still remains the reigning domestic champ of 2011 — for now? With this weekend’s $3.2 million, Fast Five remains the year’s top grossing stateside film and broke the $200 million mark to come in seventh. On Stranger Tides, however, is fast on Fast Five‘s tail.

Jumping the Broom and Something Borrowed fought their way into the top 10, closing the weekend out with $865,000 and $835,000, respectively.

Woody Allen’s Midnight in Paris continues to ride fantastic buzz. With the movie set to hit wide release on June 10, the limited release has already managed to place in the top 10 for two weeks running. This weekend’s $2.9 million puts the film at $7 million domestically, $12 million overseas. It will be interesting to see how it places next week, when everyone can see it.

The weekend of June 10 will bring a few new contenders to the race, including JJ Abrams’ mysterious sci-fi thriller Super 8 and the less buzzed about releases The Trip, The Chameleon, Viva Riva!, The Troll Hunter, Judy Moody and the Not Bummer Summer and Just Like Us.